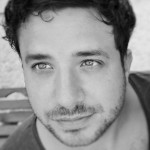 Luca Lampariello has been studying foreign languages for over 20 years. He holds a degree in Electronic Engineering from La Sapienza University of Rome and attended the Higher Institute of Interpretation and Translation in Paris. He is fluent in ten languages and has coached hundreds of students using an original system of study to develop native-like pronunciation and syntactic capacity. Since 2008, his videos on YouTube and blog, The Polyglot Dream, have attracted thousands of followers and language learners all around the world.