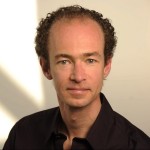 Formerly affiliated with the Stanford University linguistics department, Kyle Wohlmut is now a linguist at large and has been translating full-time-and-then-some since 1999, initially as an in-house legal translator. He has been freelancing since 2004 and in that time has developed specializations in fields close to his heart, including culinary translations, literary translations, and translations for the performing arts. He works from Dutch and German into his native English.